As I was walking outside in the streets. I sense that something was wrong. There was hardly anyone walking in the streets. Probably its was my imagination... until I heard my neighbor shouting 'howay' which means 'come on' in Geordie language while watching the tele. I was wondering what could make a Englishman so worked up..., then it sparked in my mind. The Euro qualifying rounds were playing at this very night. So I headed to my laptop, open my mozilla, typed soccernet.com and saw the headlines which goes...

It was then I knew that England fans were looking like this... 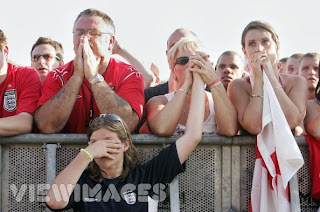 Sniffles, we won't see Beckham for a long time... 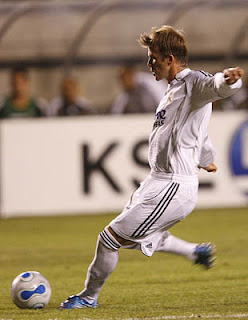 One of my idols.
Now I won't be able to see my idol playing, probably never anymore. 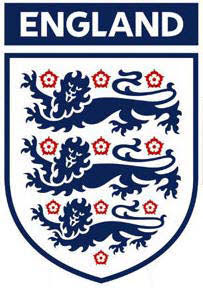 The Three Lions.
Well to a country which showed me the beauty of football, good luck in winning the World Cup. 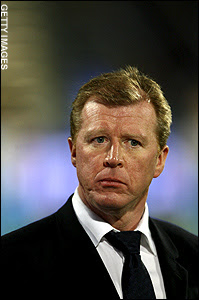 No more of his sulking face.
Probably won't be seeing his face anymore too. haha